Daves' Skylark 2 BWL ( Photo by Fiona), he commented from the weekend, "I must confess, I had a pretty good weekend, 6 hours total in the Skylark. Nice ridge and good thermals but the wave remained tantalisingly unreachable." 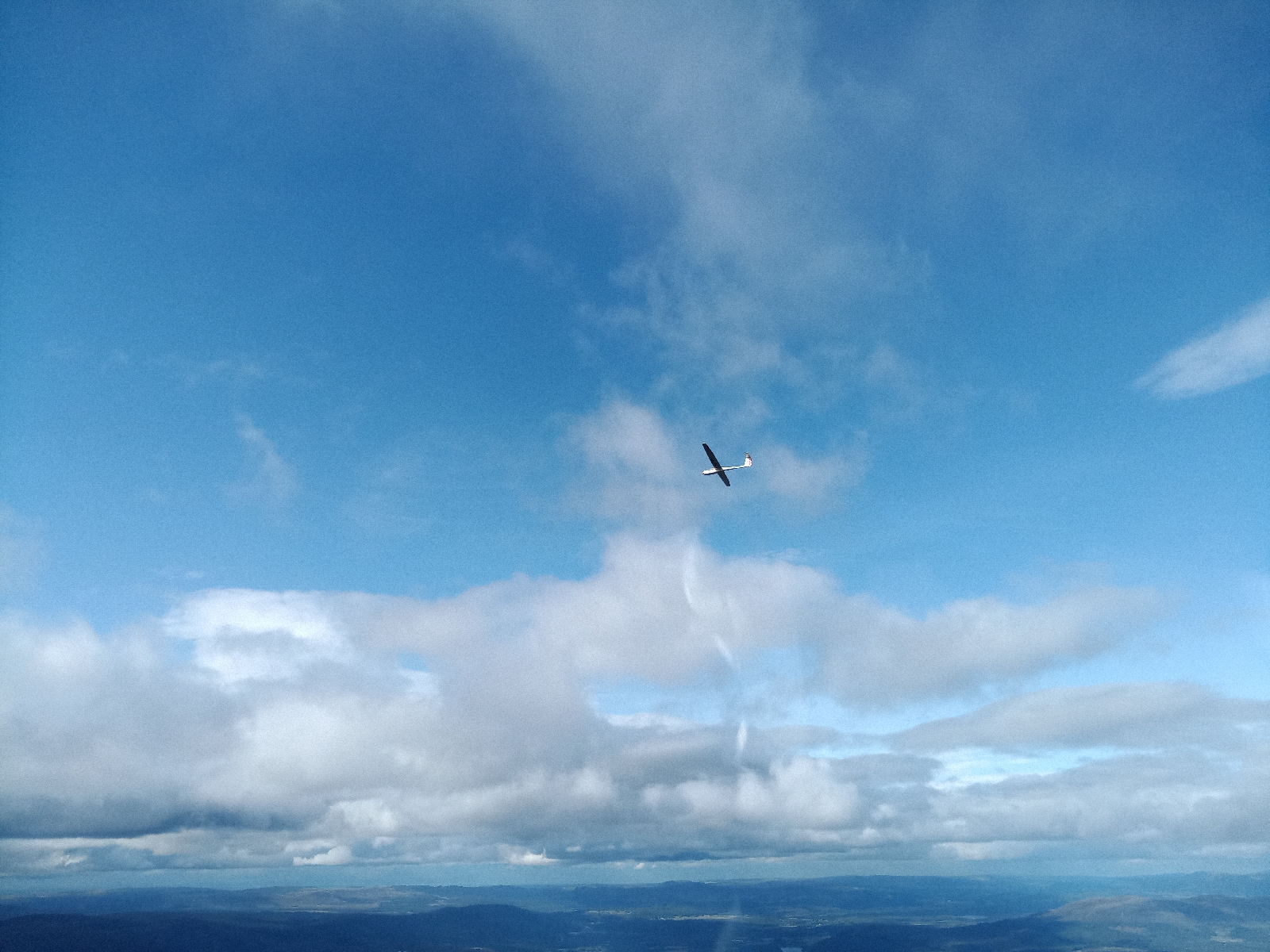 After three weekends of storms and Nicola slowly easing the COVID lockdown lots of members turned up to the club to fly, especially after Sant had put a NOTAM up on Friday evening! An exciting email to open before the weekend. 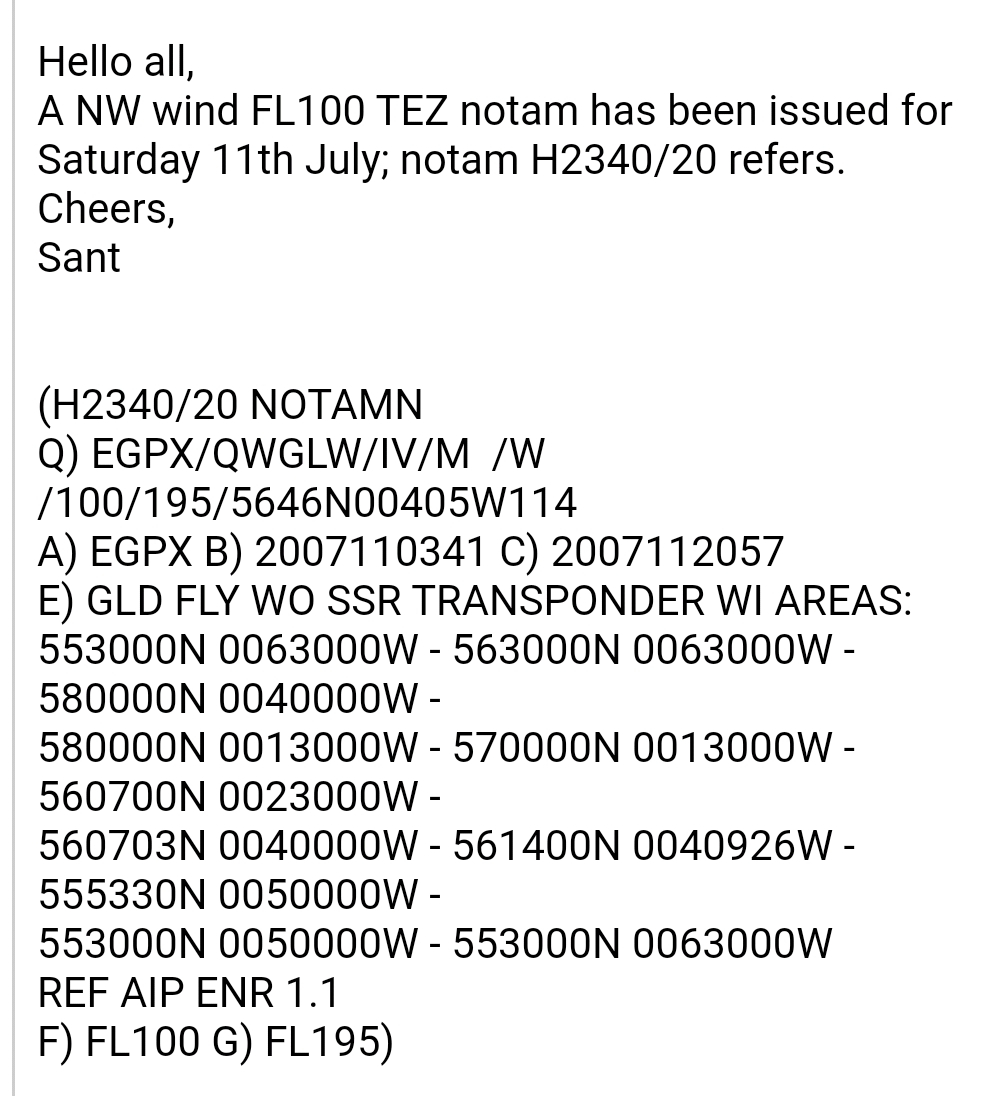 Skysight and various other platforms confirmed that the Feshie ridge would be working and that there would be wave bouncing around. The best of it, however, would be to the east.
This screenshot shows the ridge lift at midday on Saturday. 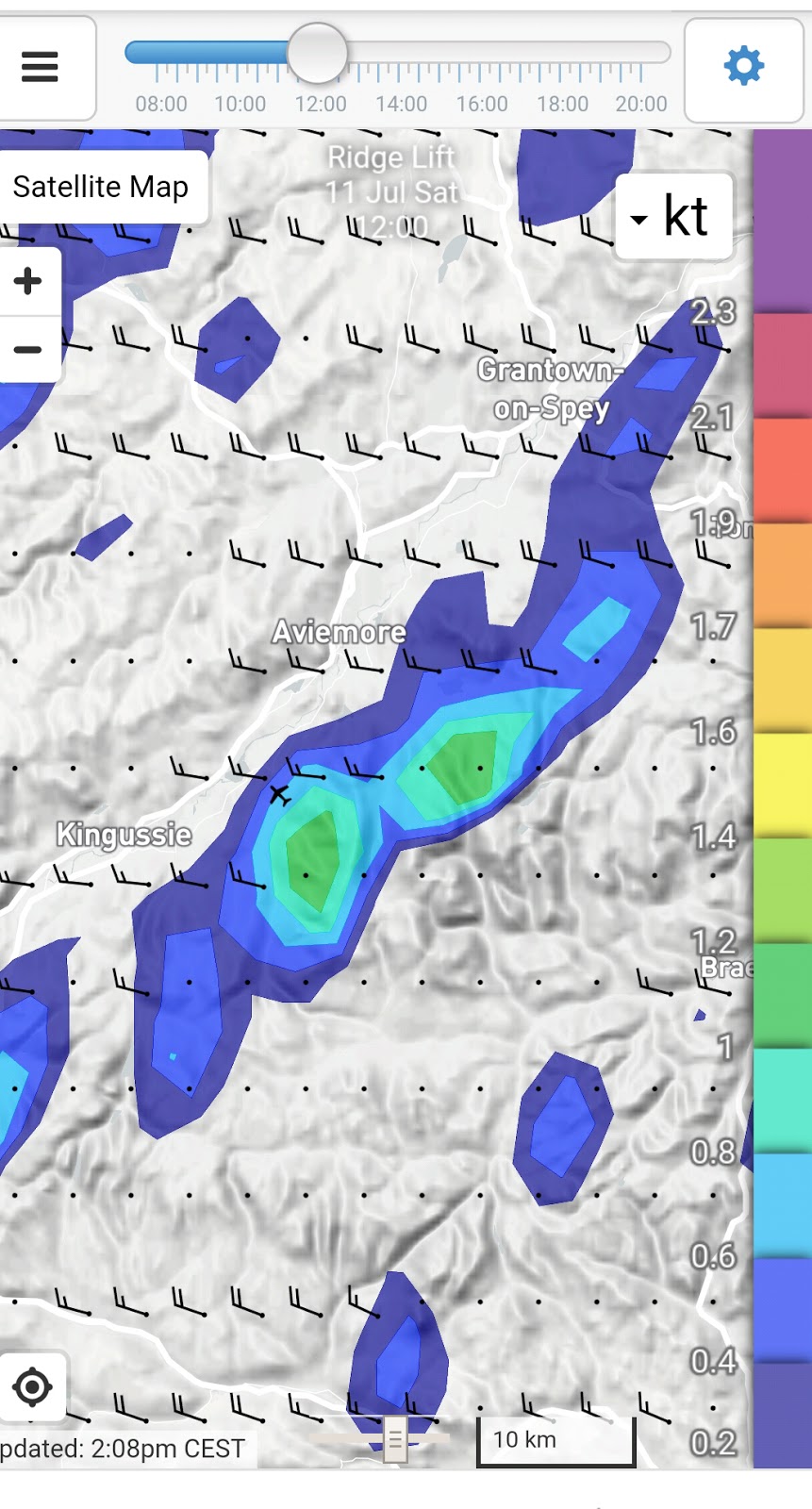 All across the country Glide and Seek and Spot the Glider showed that the skies were filled with gliders all across the UK. The BGA ladder shows that lots of kms were flown, with big wave flights in Scotland and big sea breezes and thermic flights in the south of the UK. 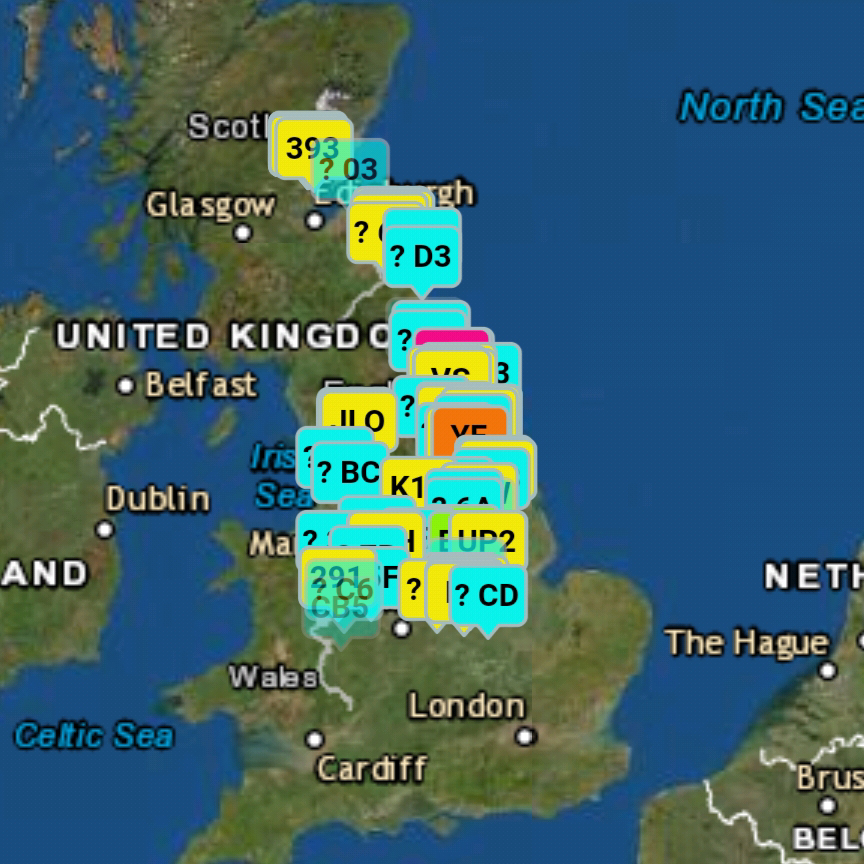 The weekend had a total of 25 launches and 2 self launches! Here's what everyone got up to.
On Saturday showers made the wave difficult and the cloud on the hill reduced the number of gliders that could fit on the hill. By the afternoon we had thermals, ridge lift and wave! 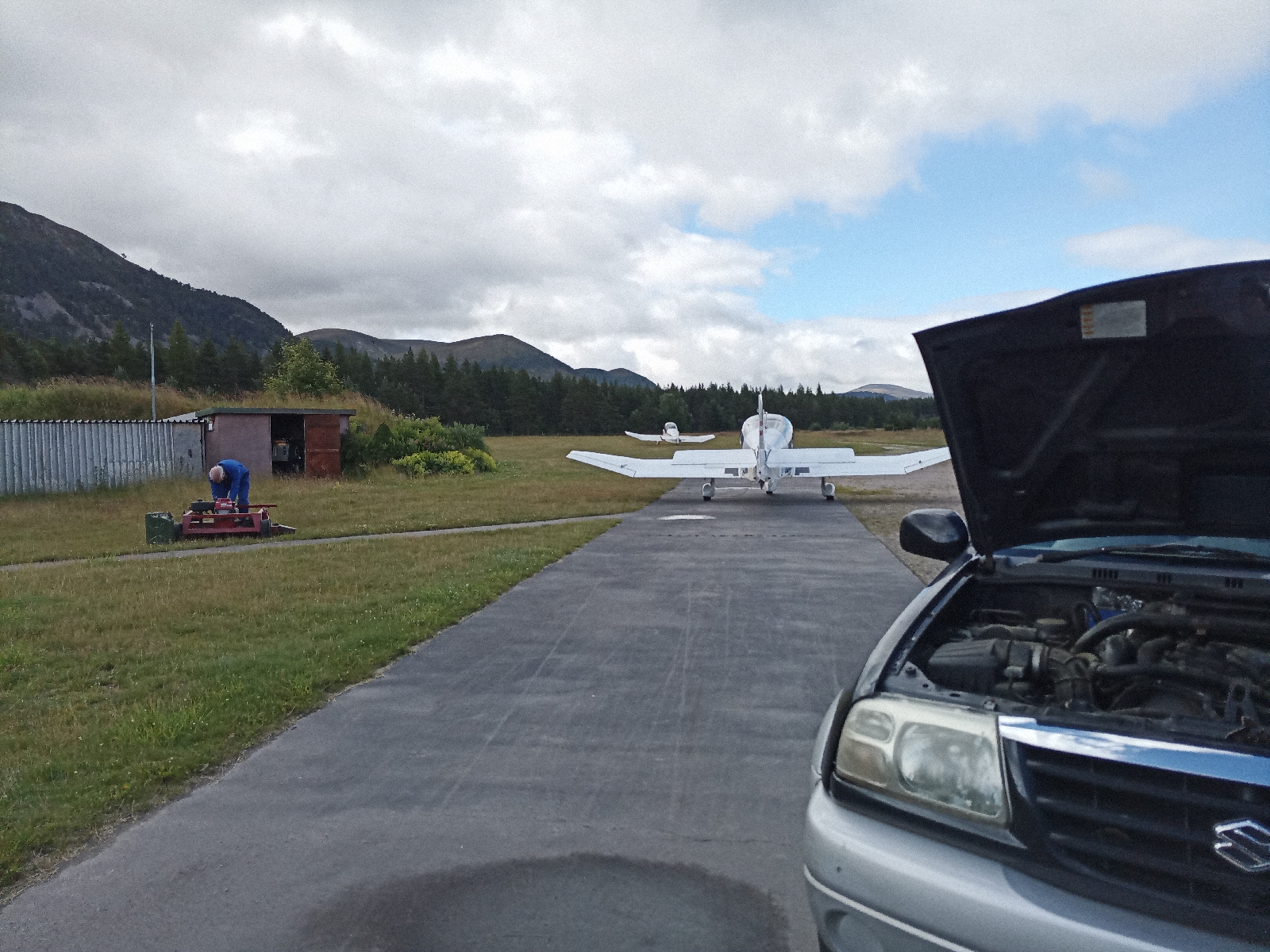 However, before any of us were able to fly we needed to give the grass a wee trim. The drama started by the battery being flat on the jeep, nothing a jump start couldn't fix. However, it took a bit more for Dave to get the mower going! 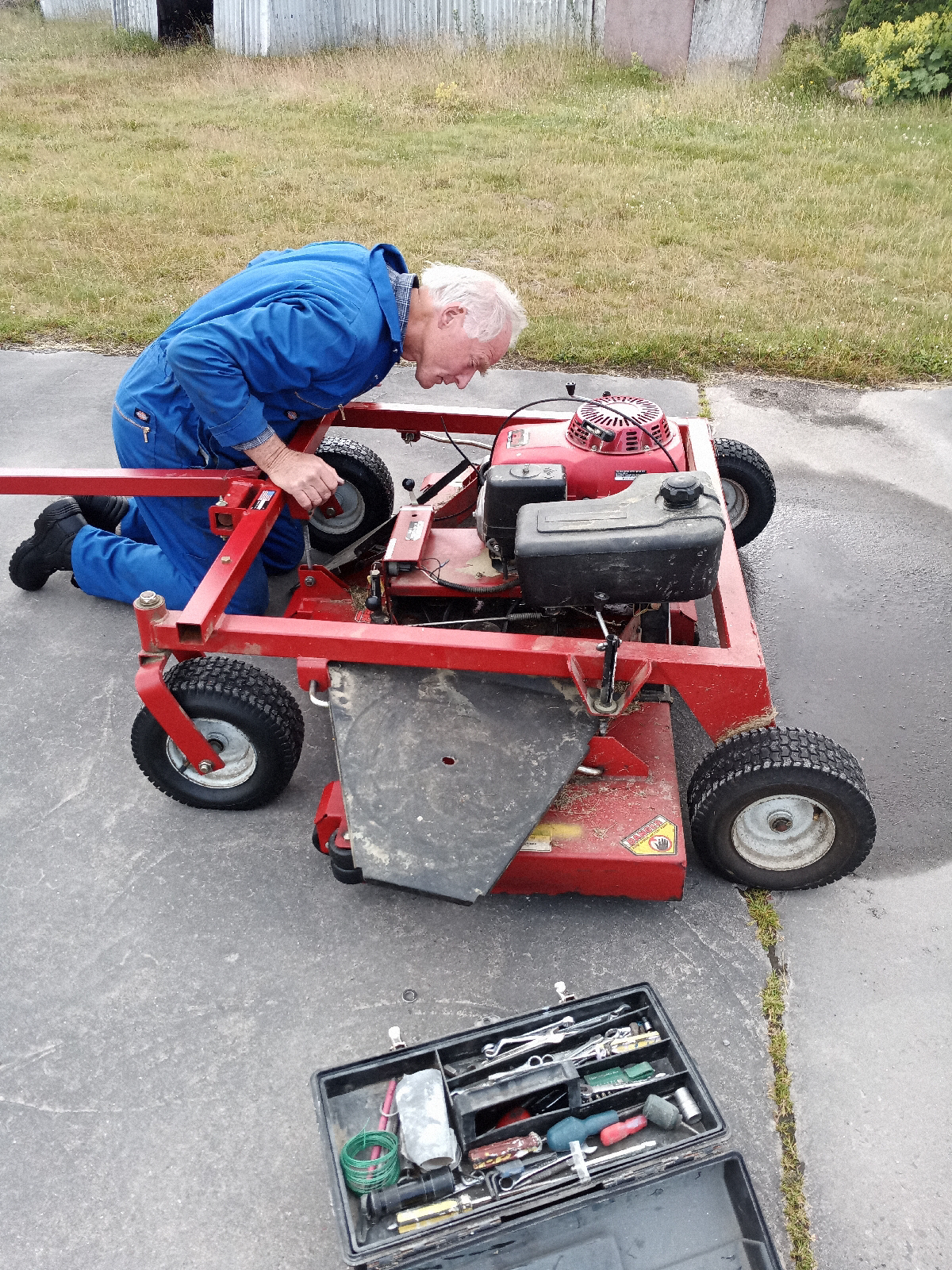 He did a great job readjusting the belt. His toolbox is never far away. 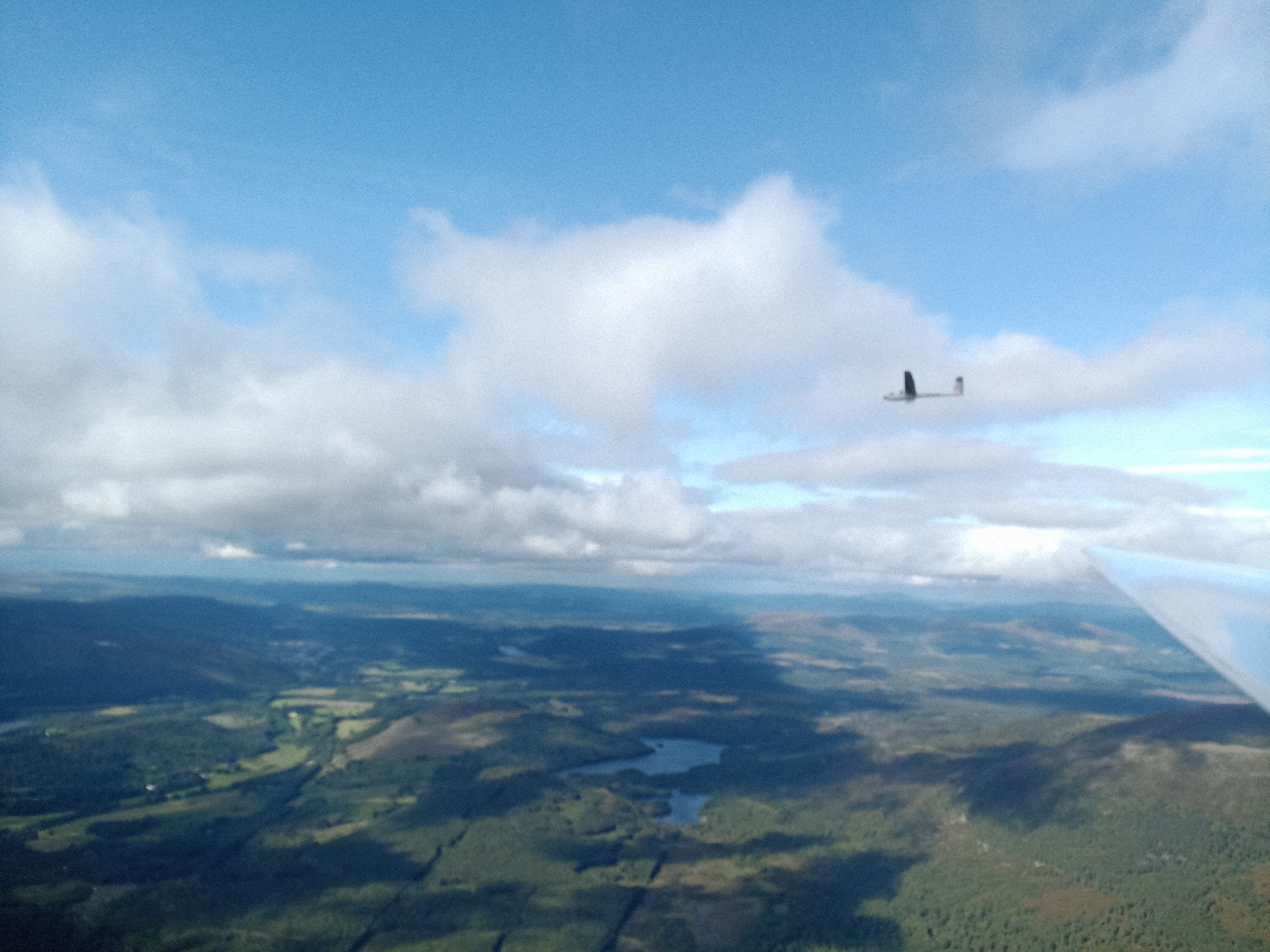 Saz watched 187 fly off without her on Saturday, as Craig tested out 187 his new insurance share! 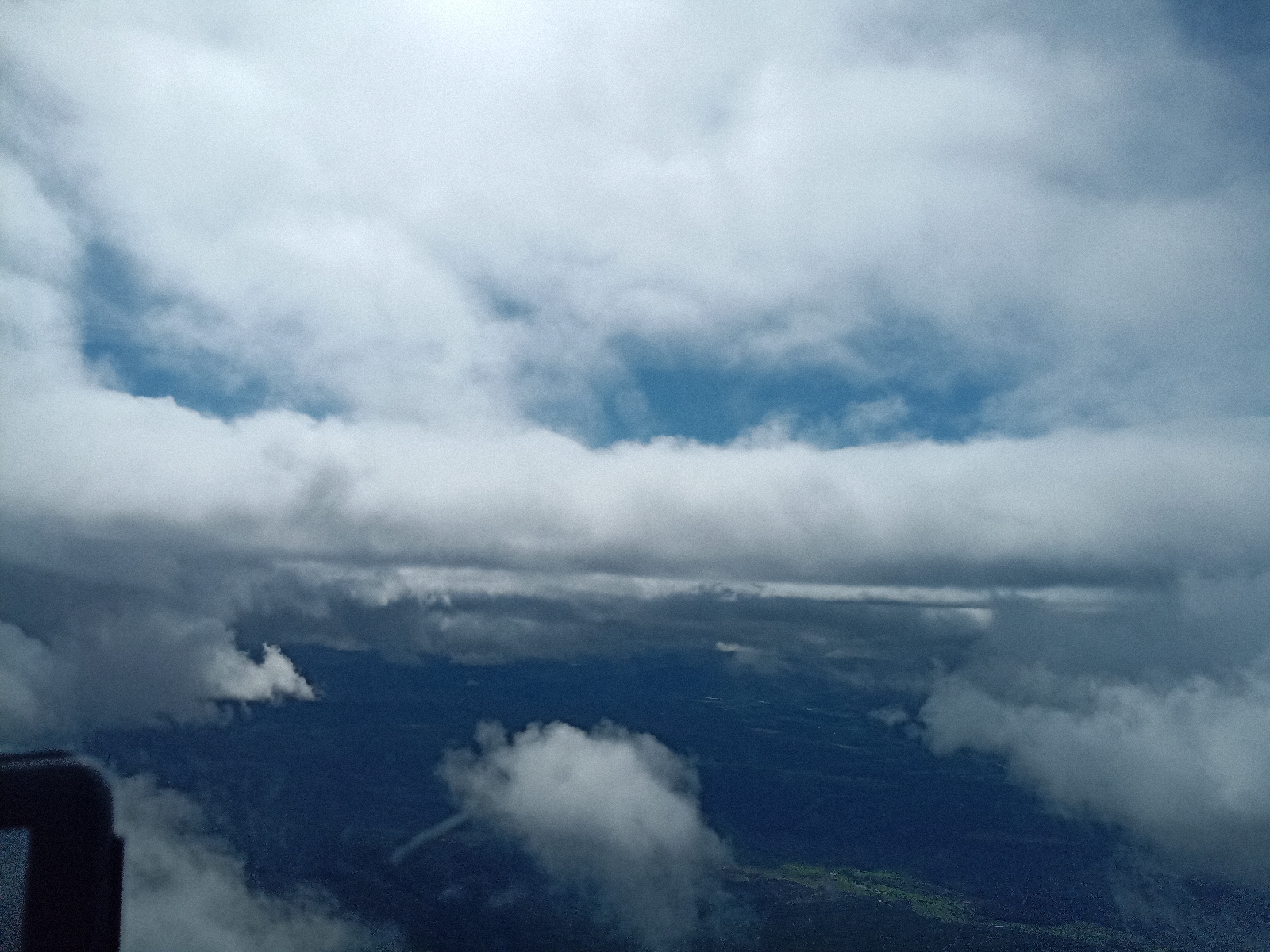 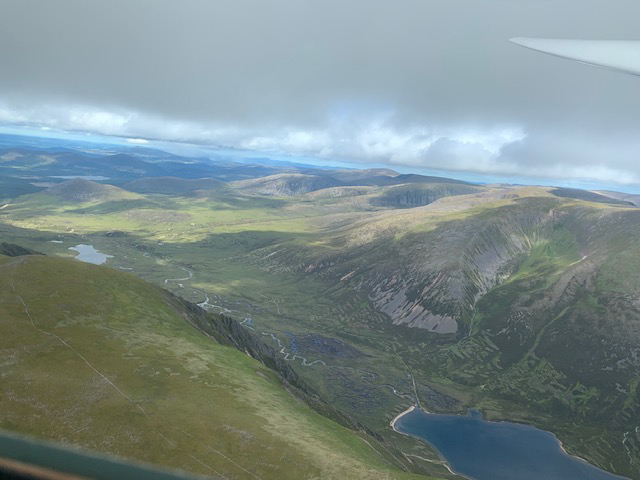 Craig says, " On Sunday I went a bit too early and struggled, looked a lot better after I landed." 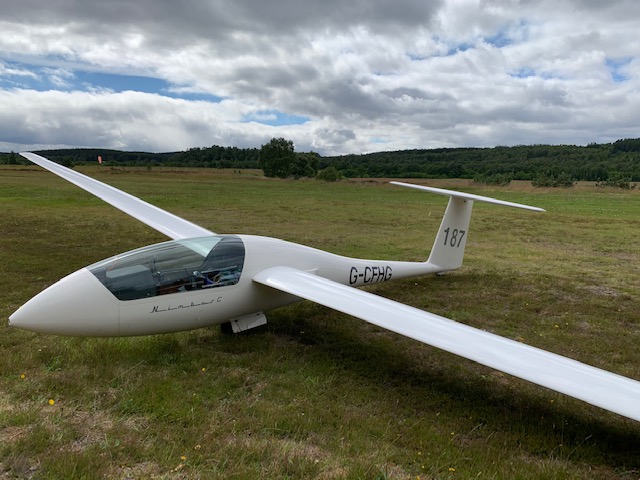 Phil reports from the weekend, "Fiona and I had (presumably) the only two-up flight of the weekend, by kind permission of the CFI.  We launched about 1.25 pm into a sky largely clouded but with some interesting gaps.  For a nice change, the ridge was working well all the way down to Loch Nam Bo, and there were large numbers of hill walkers to be seen on all the ridges.  Cloudbase was not far above the ridge top at first but slowly rose to 4,000ft during the flight.
Amounts of sunshine decreased, however, and although I played about with interesting cloud edges in some of the infrequent blue gaps, there was no wave.  Surprisingly good thermals here and there, considering how little sun there was on the ground.  Fiona posted a number of photos on Facebook.  Flight time 1hr 32min. 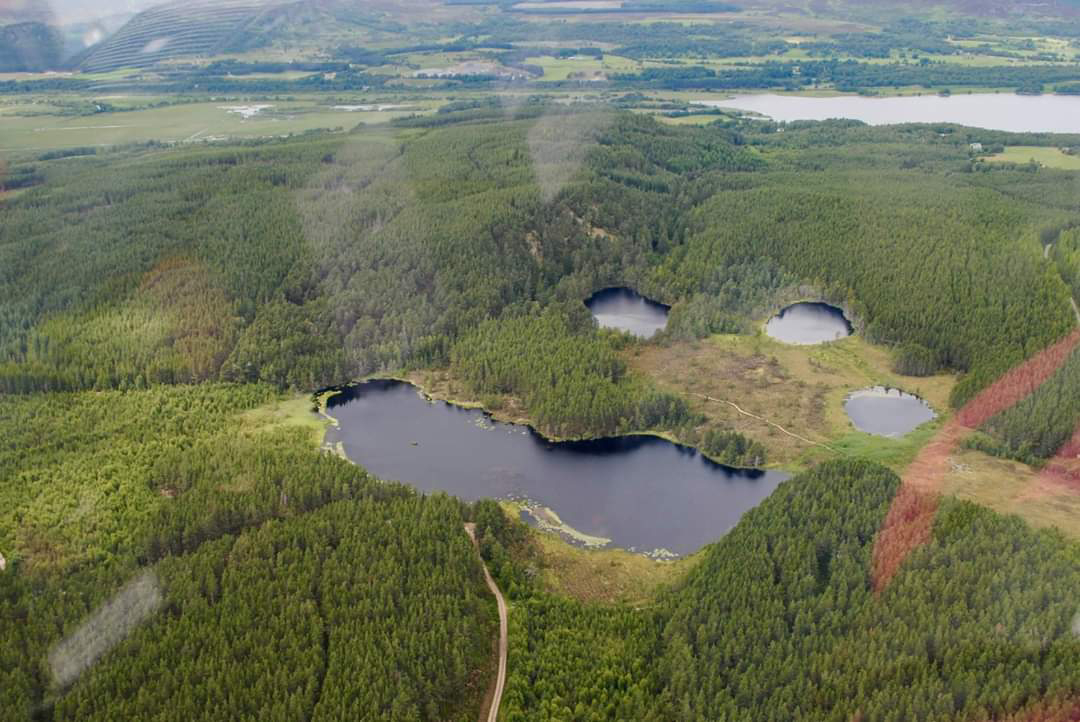 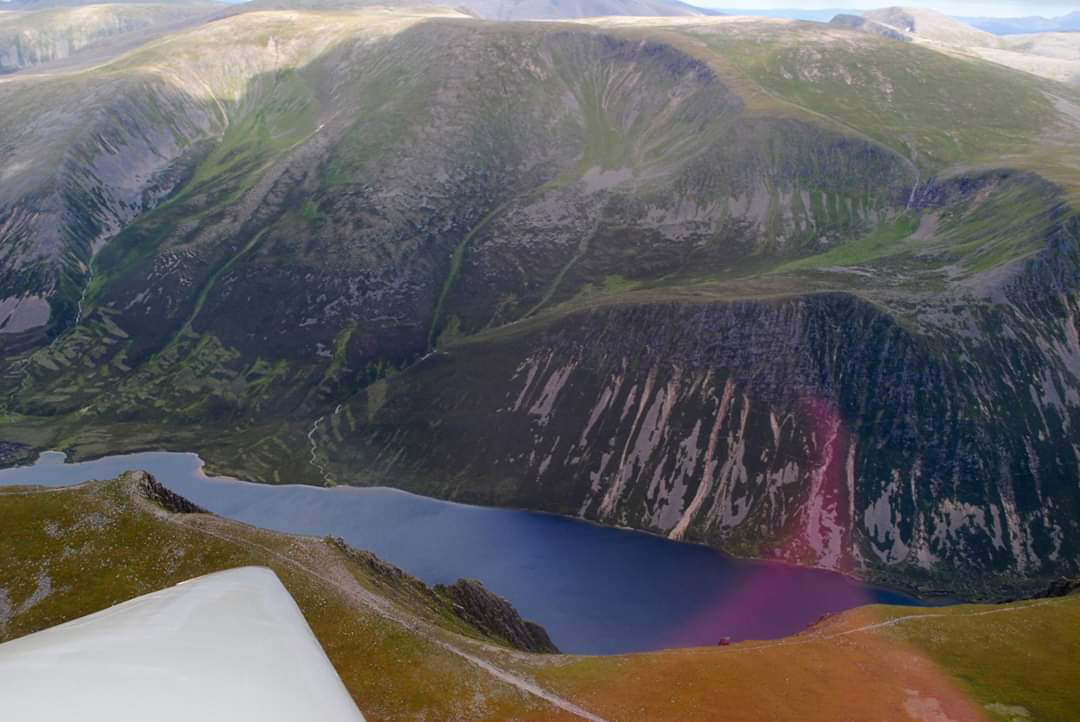 Sunday did look sunnier with a lot of pre-frontal ripples in the cloud, but I’ve not heard of any remarkable wave flights.  We stayed at home and pulled weeds from the garden." 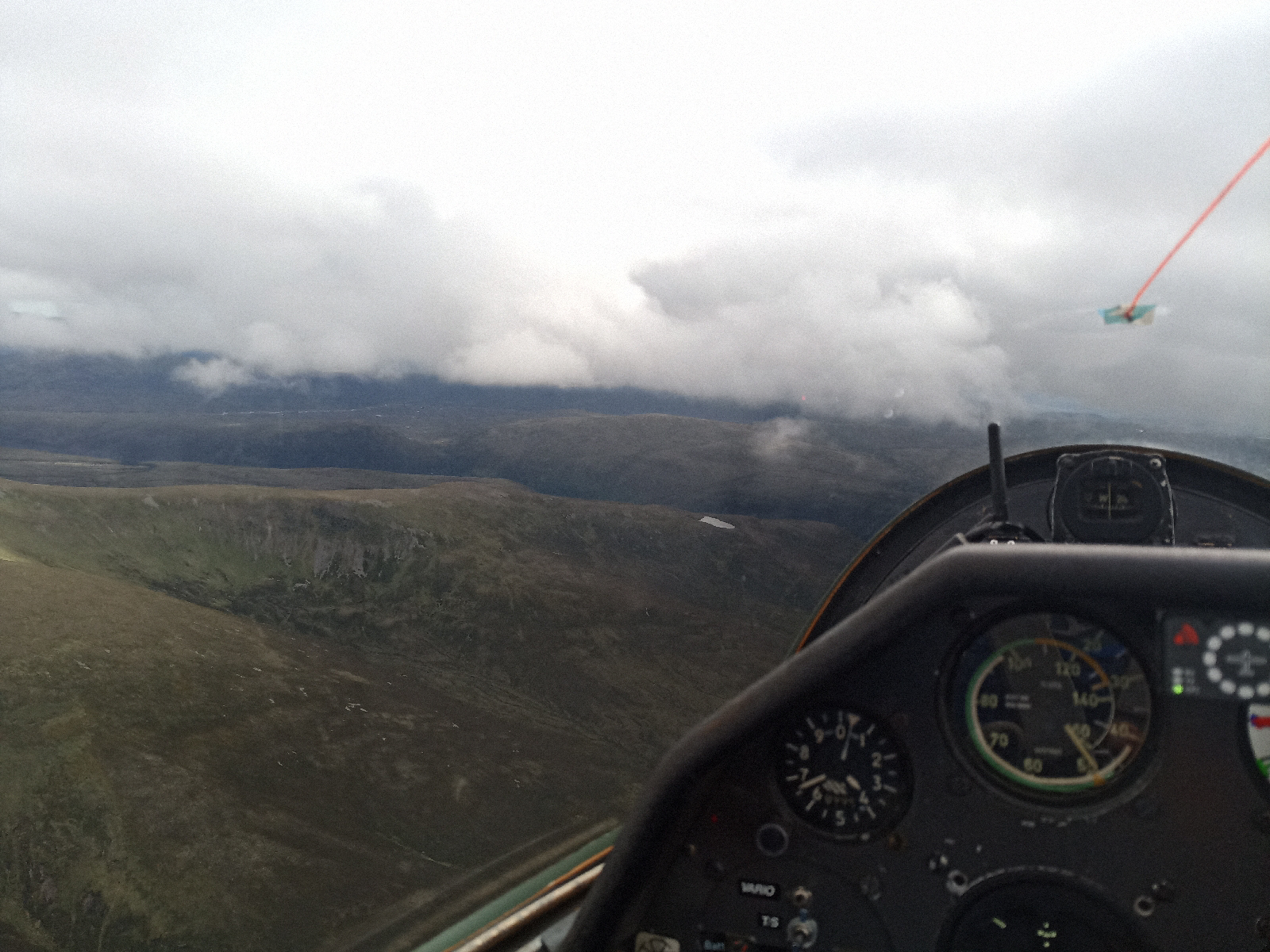 Miles also had some great flights after helping to jumpstart the jeep and doing some more cutting of the grass, "I had 2 hour long flights in JWR first JWR flights of 2020 so very happy to back in the saddle again. Thanks to Ray for the pre-flight briefing. The hill was working well for entire length down to loch nam bo with a tickle of wave down there, never got above 3000ft, due to low clouds.
So many clouds coming in from SW I was renaming myself dancing with clouds!  In anticipation of trying Nick's task soon, I experimented with going downwind to Gordon's monument to see how much height I would lose - more nerve and practice required!
Nice happy atmosphere at the club. Thanks to 'Grinner' Hills for doing all the tugging. 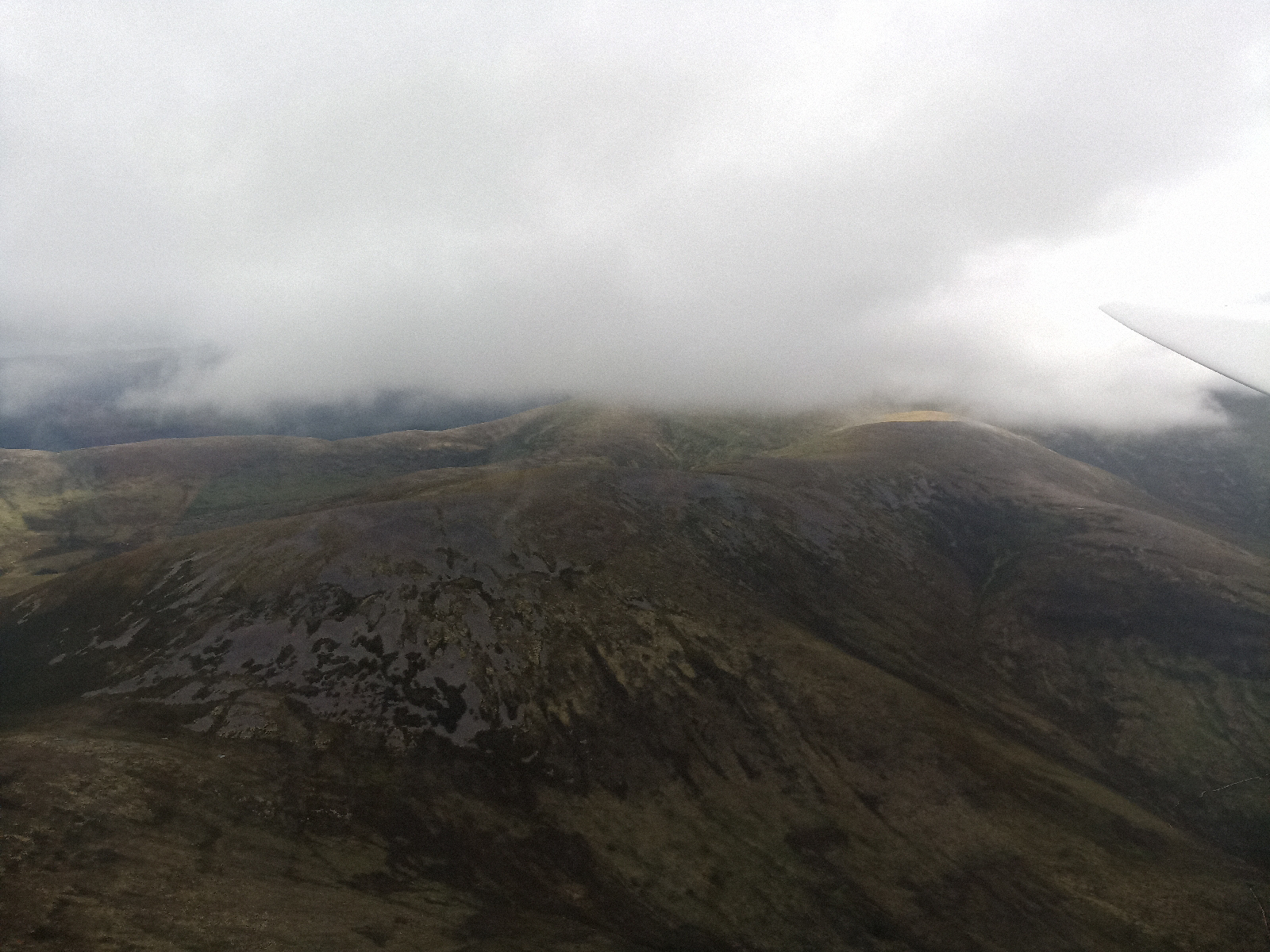 Even more flights on Sunday with Mike, Pete Thomson, Alan M, Dave Weekes, Craig and Bill A having fun flights on the hill and some in the wave! 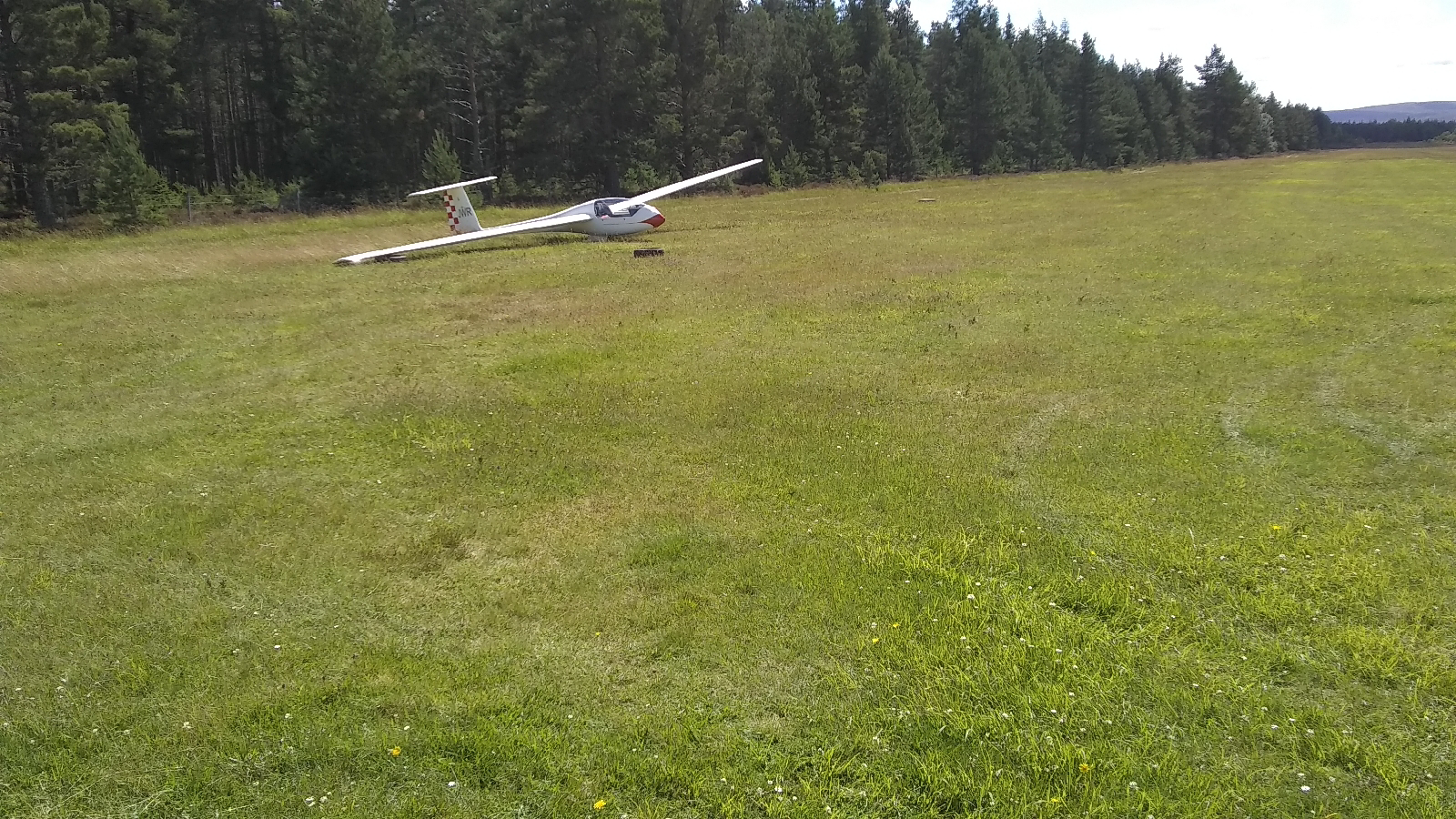 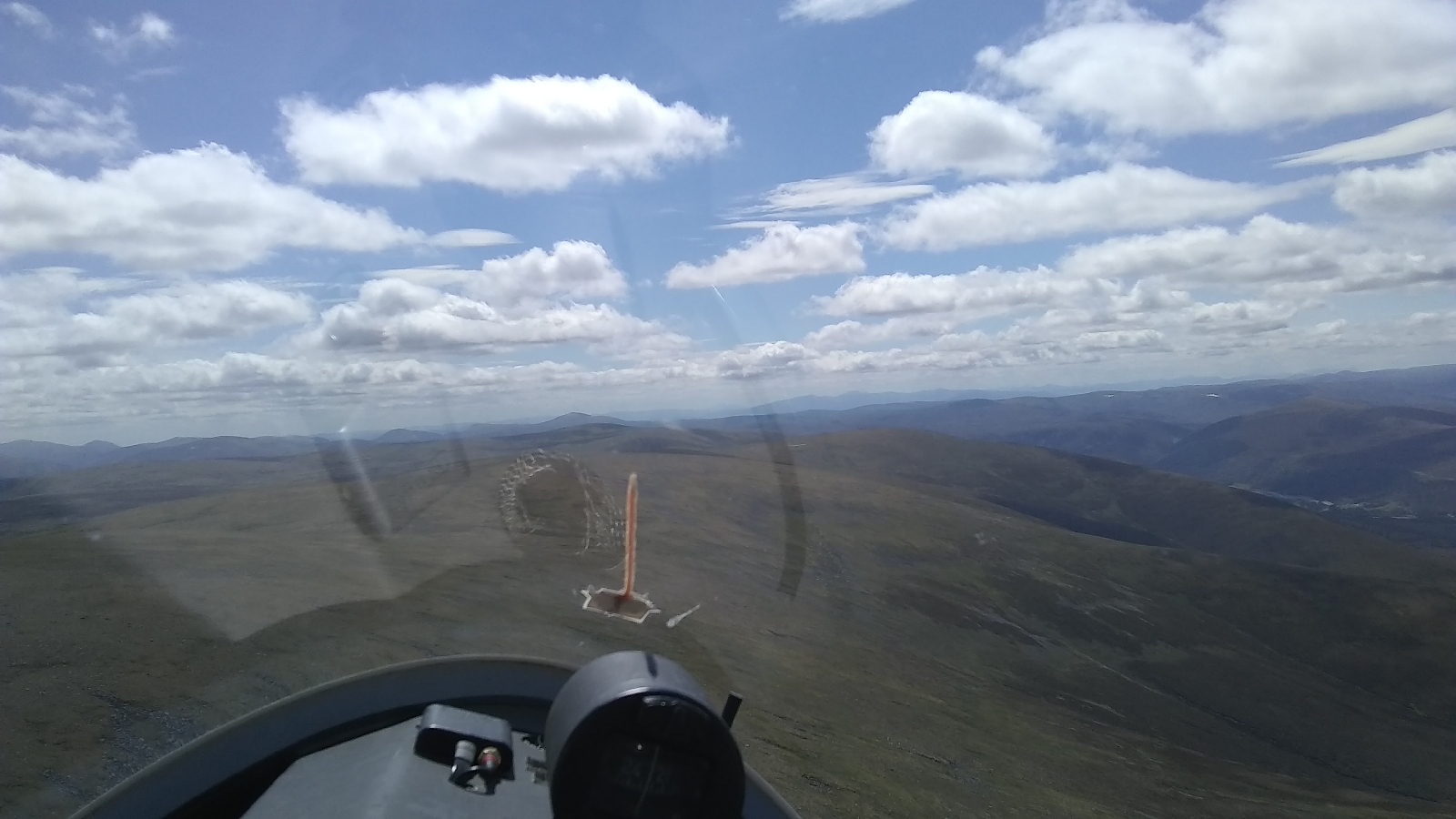 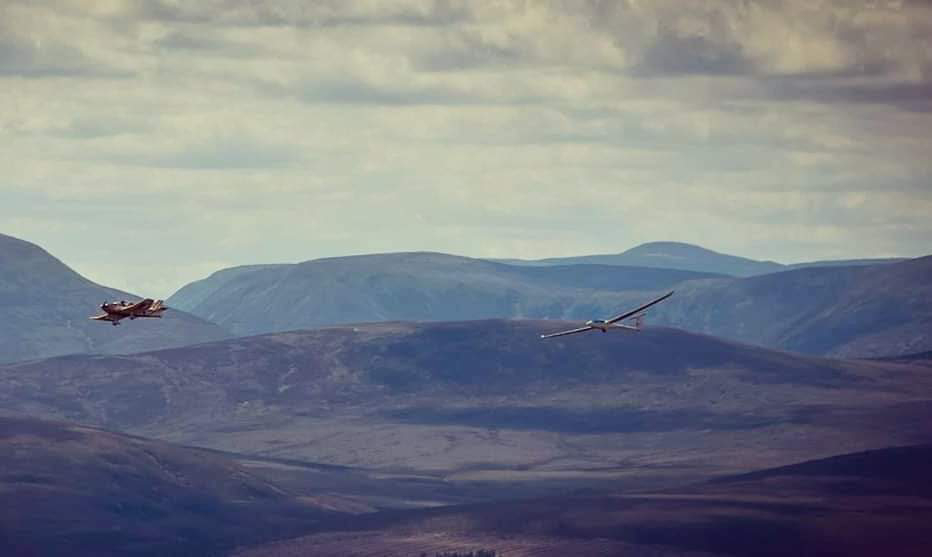 A photo taken of a hill walker on Sgòr Gaoith of Stewart flying 187 to the ridge.
Craig flew in from Perth for the weekend! What a beauty. 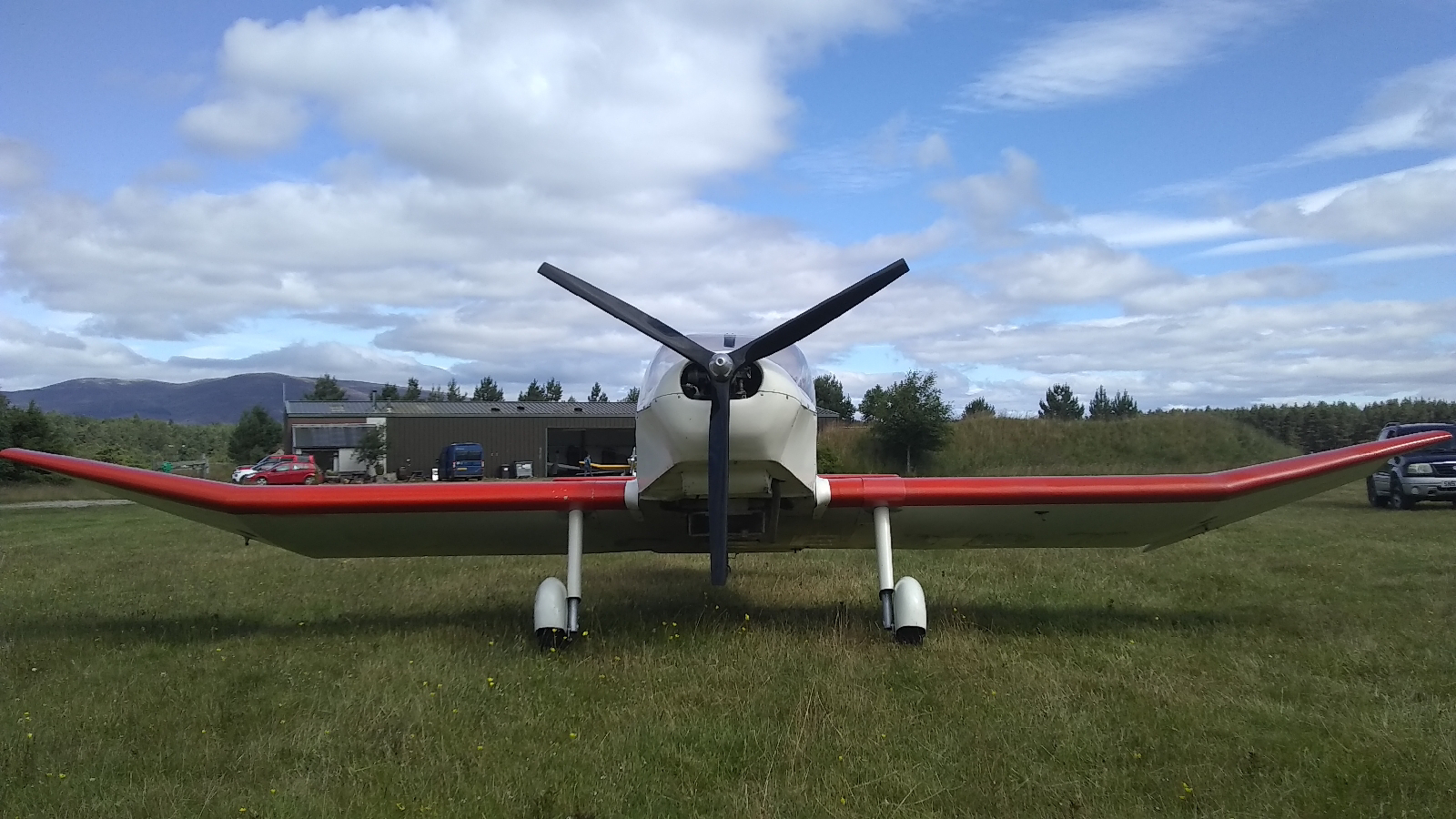 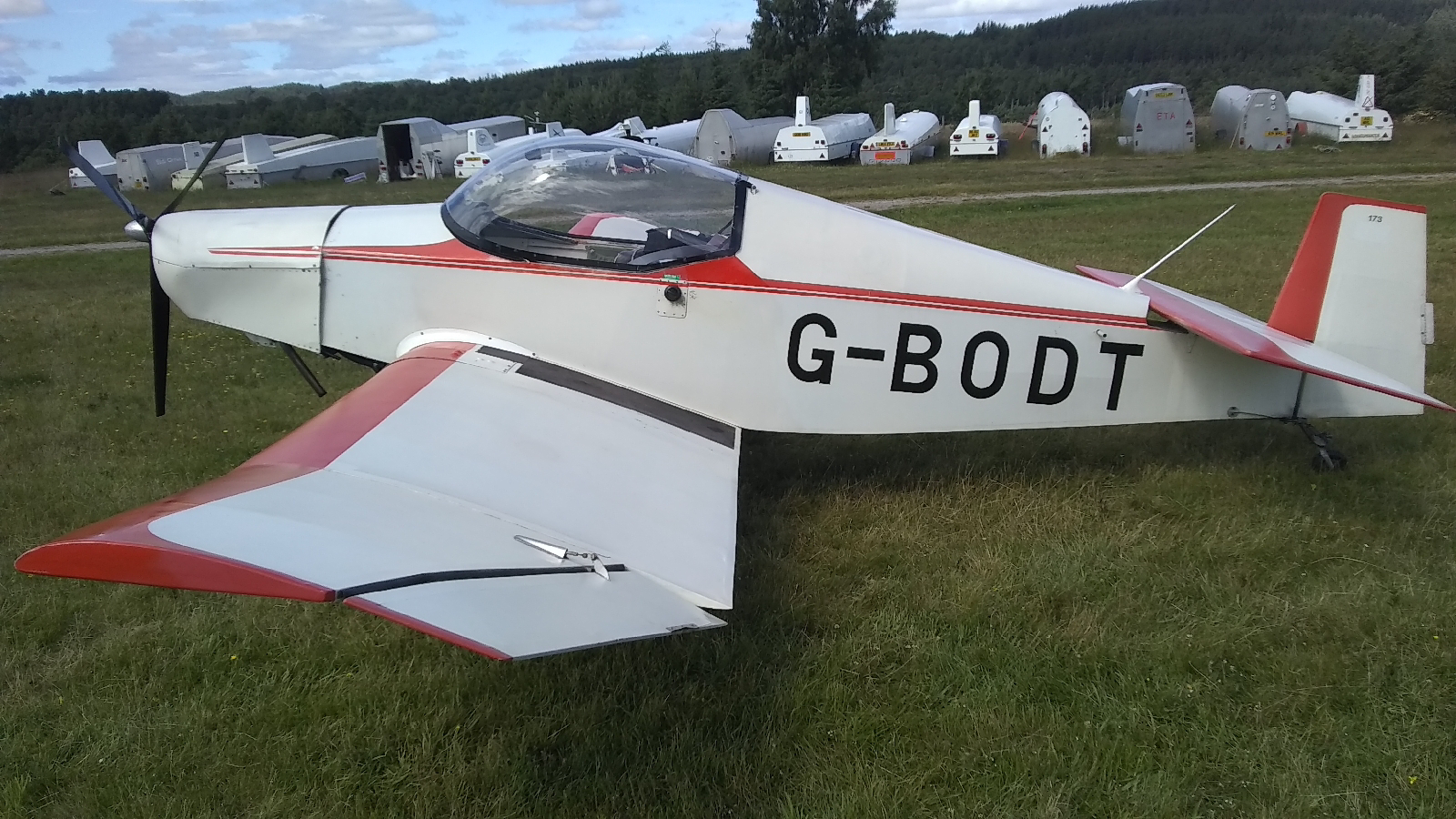 A weekend buzzing with members and flights hopefully two-seater instructing will be allowed soon!